What is a pollution peak ? 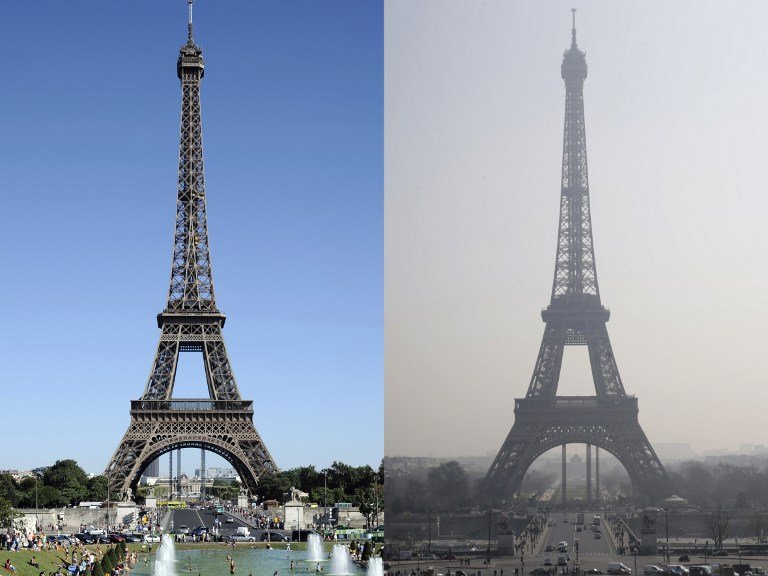 When pollution exceeds the alert levels, it is called a pollution peak. What is it, how does it appear and is it measured, by whom and what are the consequences on health? How can we protect ourselves from it?

Fine particles pollution caused 307,000 premature deaths in the European Union in 2019, according to a report by the European Environment Agency. An alarming figure, but one that has decreased by more than 10% in a year, thanks in part to favourable weather conditions. Air pollution by fine particles is responsible for 40 000 deaths each year in France. There is still a lot to be done.

Air is said to be polluted when a certain amount of particles per cubic metre of air is exceeded. The European Parliament has set thresholds for the concentration of pollutants above which there is a risk to people.

For those who like figures, here are some of them:

What causes a pollution peak ?

It depends on the pollutant in question, but generally pollution peaks are due to emissions of pollutants from human activity (transport, industry, agriculture, waste burning) and natural sources (pollen emitted by plants, volcanoes, forest fires, etc.), combined with meteorological conditions not conducive to good air quality:

According to a 2019 study from French CITEPA (technical interprofessional center for air pollution study) for the year 2017 :

How to know the level of air pollution ?

A pollution peak occurs when a threshold is reached beyond which short-term exposure poses a risk to human health for sensitive individuals. If particulate matter and ozone pollution persist for more than 3 days, the authorities must implement measures under the alert procedure.

The Atmo index (which ranges from 1 to 10) uses a colour code to indicate the level of air pollution observed.

It represents the concentration of 4 pollutants: fine particles of 10µm (PM10), sulphur dioxide (SO²), nitrogen dioxide (Nox) and ozone (O3)

There are many applications that allow you to monitor air quality in real time around the world (well, where there are sensors).

Who monitors the level of air pollution?

Every country has its own public or private body in charge of air pollution monitoring. In France, there are 13 Agreed Associations for Surveillance of Air Quality (AASQA) which operate 650 fixed air analysis stations throughout the country. They are approved by the Ministry of Ecology to communicate their information to the public.

Are we more exposed by car or by bike ?

Car drivers, who are in the middle of traffic, are more exposed than people on foot or on bicycles. Indeed, the air that enters the passenger compartment is particularly polluted and tends to accumulate there. In a vehicle travelling on the ring road, the concentration of nitrogen dioxide can be 4 to 5 times higher than the ambient level in the centre of Paris and up to 15 times higher for a car travelling through a congested tunnel!

According to various studies conducted in France and abroad, the levels of pollutants to which cyclists are exposed are almost a third lower than in the passenger compartment of a vehicle on the same route. Cyclists have more freedom to choose their place on the road and can use certain facilities such as cycle lanes that take them slightly away from the traffic flow. Although cyclists inhale more air as a result of their physical effort, the health benefits of cycling are largely positive.

Who is most at risk during a pollution peak ?

Children, pregnant women, the elderly, people with asthma or suffering from cardiovascular or respiratory pathologies are particularly at risk of having a symptom worsen or a disease develop.

In the event of a pollution episode involving particulate matter (PM10), nitrogen dioxide (NO2) and sulphur dioxide (SO2): sensitive and vulnerable people should favour moderate-intensity sports activities. The general population should reduce or postpone strenuous sporting activities.

Is it efficient to wear a mask to protect yourself during a pollution peak?

Only the largest particles carried in the air are stopped by scarves placed over the nose and mouth or paper masks (surgical masks). However, it is not the larger particles that are the most dangerous to health but the finer ones. Wearing this type of protection is therefore useless because it does not stop the fine particles that penetrate our respiratory system and cause pathologies. Most so-called “anti-pollution” masks are designed to protect against particles but do not protect against gaseous pollutants. Their effectiveness depends in particular on their proper fit to the face, their maintenance and the presence of a minimum FFP2 standard.

It will therefore be necessary to favour masks offering different sizes to adapt to the shape of the face and to have the best possible airtightness (the maximum amount of air inspired passes through the filters rather than along the sides or the nose), washable masks with interchangeable filters and a quality standard. Frogmask anti-pollution masks perfectly meet these 3 essential criteria.

← What are the essential accessories for cyclists ? Air quality monitoring →